Where Father Ted was filmed 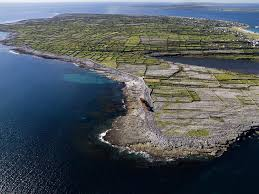 One of the most popular and enduring comedies is the sitcom Father Ted. It features the misadventures of three Roman Catholic priests in their parish of Craggy Island. It was an instant cult classic and became essential viewing even stopping people from going out on a Saturday night when it was broadcast. It was a great blend of slapstick, witty banter and even a bit of mild social commentary directed at the Church. One thing that it also had was some incredible panoramic sweeping shots of the beautiful Irish countryside that it was set. It also avoided stereotypes but you could still see the odd set of nice Aran Sweaters like those available from Shamrock Gift Aran Sweater. Where was this brilliant comedy filmed? 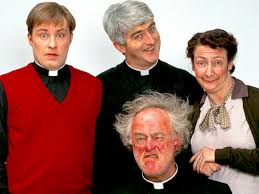 Funnily enough the Isle of Aran featured quite heavily at the beginning of the show. The smallest Island Inisheer is part of the camera work to set up the land that is Craggy Island. The three priests have to make the best of the situation. Ted is there as a punishment following some financial irregularities, or as he says “the money was just resting in my account”. Dougal is an idiot who means well but is constantly doing ridiculous things. Father Jack is an elderly priest who is basically there to be looked after. However his total vocabulary is made up of just three words: Drink, Feck and Girls.

For the most part the rest of the locations were in County Clare and few others around North and South Dublin. The Parochial house where they live is a private residence on a farm near Glenquin. However the owners have responded to demand by opening up a tea room and allowing photos.