When a pumping station looks beautiful 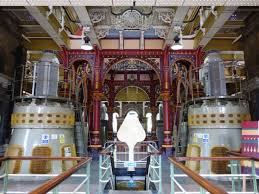 The Abbey Mills pumping Station in London is one of the most architecturally  beautiful looking buildings in the capital. When you consider that its primary purpose was to remove the backed up waste in the antiquated sewer pipes that served London it is even more intriguing. This was in 1858 with the arrival of the great stink. Following a combination of a heatwave and the decaying system simply dumping the waste into the Thames, this created a legendary smell that caused huge distress. The engineer Joseph Balzalgette came up with the answer of embankments and new pumping stations. That the site would be so pleasing to look at is also interesting. 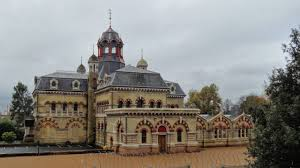 This is the era of the Victorians. The industrial revolution is in full swing and Britain has an Empire. That it’s capital stinks is a disgrace. It would take more than Drain Lining to fix it. Bazalgette’s prescription, that they build new  pumping stations to remove the excess waste out of the pipes, was the only answer. This was agreed.

Abbey Mills is now owned by English Heritage who protectit. The interior is majestic with beautiful coloured ceramic tiling and painted wrought iron. Like many public works at the time it is aesthetically pleasing almost to artistic levels. Well worth a visit.