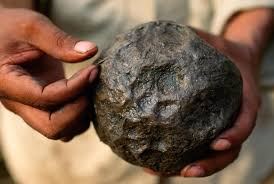 We often look at processes such as Rubber Injection Moulding and the vulcanisation of rubber that was discovered by Charles Goodyear and think of them as being inventions and processes that were established in relative modern times. However, the mesoamericans had been using rubber for several millennia before these inventions.

This ancient form of rubber was created from the liquid latex found in the rubber tree that was located in the tropical regions of Central America and South Mexico. The liquid latex would drip from the tree bark when cuts had been made into it. They collected this latex and then mixed it with juice from a morning glory plant. The resulting mixture was then laid out into rubber strips and these would then be laid over a solid round core of rubber in alternative strips to create a rubber ball. The balls were around 8cms in diameter and were thought to have been used to play a handball type game.

As well as being used to create items such as the balls the mesoamericans as well as the Aztecs viewed the liquid latex as a symbol of fertility and they would often burn it, bury it and even creating sacrificial pools with it – some of which have been discovered by archaeologists and have given us a new insight into the lives of these ancient people.