Superdry Starts. How will it continue?

From humble beginnings the global brand and player Superdry was born. Now one of the most popular clothing brands on the market its reach continues although it has slowed somewhat in the last year or so. It has become one of the must wear items from the late Noughties through the 2010’s. How and where did it begin? The shop is not the only place to get merchandise Mens Superdry Clothes are also available from https://www.louisboyd.co.uk/brands/superdry.html. 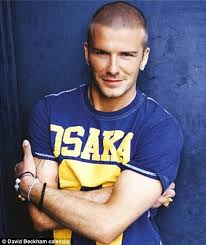 There were three shops in Cheltenham that were the epitome of cool and good taste. These were Roundabout Sounds for instruments, Badlands for decent music and Cult Clothing for the outfits. A visit to the town would involve a trip to all three at some point. It was Cult Clothing at the top of the high street that was the one to explode. After steady years of trading it moved to larger premises and a larger facing in the crossroads with North Street.

The meeting of the owners with Theo Karpathios, a marketing mogul and investor,  launched under the banner of Superdry. It quickly established itself with a string of high profile wearers like David Beckham and Kate Winslet. The brand has undergone a few issues in the boardroom but is now firmly back under the control of the original co-founder. He feels the diversity was breaking the company and it has returned to it’s hoodie and t-shirt roots.

The firm specialises in hoodies and t-shirts with a Japanese phrase and text (although it has been admitted that the text is usually meaningless and just looks good).